Give Me Children or I'll Die! 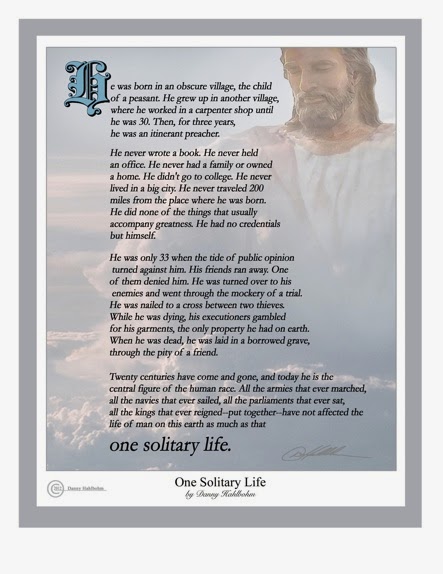 Today I want to talk to you about the kind of attitude and prayer that touches the heart of God and moves His mighty hand to save.

In the book of Genesis, we find that while Jacob's wife Leah bore him many children, his wife Rachel, whom he loved, bore him no children.  For she was barren. But she was not content with staying that way! "Now when Rachel saw that she bore Jacob no children, she became jealous of her sister; and she said to Jacob, 'Give me children, or else I die!'" (Gen 30:1)

The Lord spoke to me through Rachel’s prayer, “Give me children or I’ll die!”  He did give her Joseph, who was the most important of all Jacob’s children in that he became a great ruler and saved the whole family in famine.

"Then God remembered Rachel, and God gave heed to her and opened her womb. So she conceived and bore a son and said, 'God has taken away my reproach.' She named him Joseph, saying, 'May the LORD give me another son.'" (Gen 30:22-24)

Again the Lord answered her prayer and gave her another son, Benjamin, whom she died giving birth to (son of my trouble), yet who was so dear to both Joseph and Jacob (son of my right hand).  Although she only had two children, she gave everything, including her own life, so that they may have life.

The Lord Jesus Christ
This is what Jesus did.  He said, "Greater love has no one than this, that one lay down his life for his friends." (Joh 15:13).  And He willingly laid down His life on the cross, taking the punishment in our place, so that you and I could be forgiven, receiving the gift of eternal life with Him in heaven, if we repent and believe in Him.

And the Holy Spirit spoke of Him through the prophet Isaiah saying, “But the LORD was pleased To crush Him, putting Him to grief; If He would render Himself as a guilt offering, He will see His offspring, He will prolong His days, And the good pleasure of the LORD will prosper in His hand.” (Isa 53:10).

He did sacrifice Himself as an offering to God for our sins, and now He is able to see and have a personal relationship with His millions of children.

He taught us to live like He did, saying, "For whoever wishes to save his life will lose it; but whoever loses his life for My sake will find it." (Mat 16:25)

The Apostle Paul
The apostle Paul also had the same attitude in that he considered his life worth nothing, so that He might preach the gospel of God’s saving grace.  "But I do not consider my life of any account as dear to myself, so that I may finish my course and the ministry which I received from the Lord Jesus, to testify solemnly of the gospel of the grace of God.” (Act 20:24).  He said, “But I have used none of these things. And I am not writing these things so that it will be done so in my case; for it would be better for me to die than have any man make my boast an empty one. For if I preach the gospel, I have nothing to boast of, for I am under compulsion; for woe is me if I do not preach the gospel.” (1Co 9:15-16).  And he said, “To the weak I became weak, that I might win the weak; I have become all things to all men, so that I may by all means save some.” (1Co 9:22)

We know that the Lord used the apostle Paul mightily.  He could say,

Paul did not only preach to a few people, he preached to everyone he could.

"Since we heard of your faith in Christ Jesus and of your love for all the saints; because of the hope which is laid up for you in heaven, of which you heard before in the word of the truth of the gospel, which has come to you, as it has also in all the world, and is bringing forth fruit, as it is also among you since the day you heard and knew the grace of God in truth" (Colossians 1:4-6).

"If indeed you continue in the faith, grounded and steadfast, and are not moved away from the hope of the gospel which you heard, which was preached to every creature under heaven, of which I, Paul, became a minister" (Colossians 1:23).

“And when they had summoned them, they commanded them not to speak or teach at all in the name of Jesus. But Peter and John answered and said to them, ‘Whether it is right in the sight of God to give heed to you rather than to God, you be the judge; for we cannot stop speaking about what we have seen and heard.’ When they had threatened them further, they let them go (finding no basis on which to punish them) on account of the people, because they were all glorifying God for what had happened;” (Act 4:18-21)

Since they continued to preach in Jesus’ Name, they were put in jail, but that did not stop them either.

“They laid hands on the apostles and put them in a public jail. But during the night an angel of the Lord opened the gates of the prison, and taking them out he said, ‘Go, stand and speak to the people in the temple the whole message of this Life.’ Upon hearing this, they entered into the temple about daybreak and began to teach…” (Act 5:18-21a)

“When they had brought them, they stood them before the Council. The high priest questioned them, saying, ‘We gave you strict orders not to continue teaching in this name, and yet, you have filled Jerusalem with your teaching and intend to bring this man's blood upon us.’ But Peter and the apostles answered, 'We must obey God rather than men.'” (Act 5:27-29)

Not only did the Jews persecute them, but also King Herod, who had James put to death by the sword and wanted to please the Jews by doing the same to Peter.

“When he had seized him, he put him in prison, delivering him to four squads of soldiers to guard him, intending after the Passover to bring him out before the people. So Peter was kept in the prison, but prayer for him was being made fervently by the church to God.” (Act 12:4-5)

And the Lord sent His angel to the prison during the night to release Peter, so that he miraculously escaped.  He continued to preach the gospel after that for the rest of his life.

Modern Missionaries
Likewise, many modern missionaries, evangelists, and pastors have been inspired to do the same, laying down their lives for the gospel. A couple of examples are Jim Elliot and Nate Saint, who were killed by the Waodani (or Auca) Indians of Ecuador that they so lovingly went there to reach.  But in the 50 years that have passed since that time, the Lord has used their sacrifice to bring about the reconciliation and transformation of the tribe.

For example, one of those Indians, who took part in the now infamous 1956 attack on the five missionaries during Operation Auca, is Mincaye Enquedi. He was one of the killers during the attack, and is now a preacher and church elder.  This took place, because Jim Elliot's wife, Elisabeth, and the other missionary wives did not hate those who killed their husbands.  Instead they went back to those same people and evangelized them. (You can see the interview of Mincaye and Steve Saint, son of Nate Saint here).

During Jim Elliot's lifetime he would say, "Only one life, twill soon be past.  Only what's done for Christ will last."  Certainly the work that he and his fellow missionaries did for Christ in Ecuador has made a lasting impact with eternal value.  This story has inspired thousands to serve Christ.

Putting it All Together
Therefore, we have several, great examples from Scripture, as well as modern history, of the kind of attitude about souls that pleases the Lord.  Rachel exemplified that in her desperate plea, “Give me children or I’ll die!”  And she really did die giving birth to her second child.

The first child she had was Joseph, and as a type of Christ, he brought salvation to the Jews.  So while she may not have had many children like her sister Leah, the one son made a huge impact that has been remembered for thousands of years.

Our Lord Jesus was the greatest example, because nobody had any greater love than He did.  He laid down His life for us on the cross, although He had no sin.  And now He has many children.

The apostles Peter, John, and Paul followed in Jesus’ steps, by preaching the gospel at all costs, so that they could bring more souls to Jesus.  People who have this attitude pray prayers like, “Give me spiritual children or I’ll die!” and “Give me souls for Christ or I’ll die!”  Is that your heart's cry to God?  Is that your prayer and your desperate attitude?  If so, I know the Lord will be pleased and will answer your prayer.

As you are faithful to preach to others, whom the Lord puts in your path, even if you don’t lead thousands to Christ, you will know that you have been obedient to God.  And even if only one comes to Christ, he could be a chosen instrument of God like the apostle Paul that could reach untold thousands with the gospel that would otherwise have never heard.

Attribution notice: Most Scripture quotations taken from the NASB. "One Solitary Life" paintings © 2012 Danny Hahlbohm, all rights reserved by the artist.

Author's note: If you enjoyed this post, I recommend reading Compassion for the Lost (poem), Be a Star for Jesus, Fishers of Men - the 419 series, International Impact of Pentecost, Life Transformation Groups, Multiplication, and the other posts available through the Home Page of this blog.  If you would like to become a disciple who multiplies disciples, please prayerfully consider enrolling in Doulos Training School, our international, distance education ministry. You may also access my complete blog directory at "Writing for the Master."


Do You Want to Know Him?
If you want to know Jesus personally, you can. It all begins when you repent and believe in Jesus.  Do you know what God's Word, the Bible says?

Please see my explanation of this in my post called "Do You Want to Know Jesus?"

Len Lacroix is the founder of Doulos Missions International.  He was based in Eastern Europe for four years, making disciples, as well as helping leaders to be more effective at making disciples who multiply, developing leaders who multiply, with the ultimate goal of planting churches that multiply. His ministry is now based in the United States with the same goal of helping fulfill the Great Commission. www.dmiworld.org.
Posted by Len at 9:01 AM